Louisiana authorities say an 8-year-old boy intentionally shot and killed a 90-year-old woman who was his caregiver after watching a video game with violent themes.

East Feliciana Parish sheriff’s deputies did not provide a motive, but they said the boy was playing the video game “Grand Theft Auto IV” — a realistic game that’s been associated with encouraging violence and awards points to players for killing people — just minutes before the fatal shooting. The game is rated “M” for mature audiences and recommended for ages 17 and older. 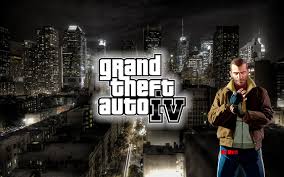 Authorities are calling the shooting a homicide.

They said it happened shortly after 5 p.m. Thursday at the Country Breeze Mobile Home Park off La. Highway 67 east of Slaughter.

Sgt. Kevin Garig told The Advocate that the identities of both the shooter and the victim are being withheld to protect the identity of the juvenile. Garig said the woman died after suffering at least one gunshot wound to the head. She was pronounced dead at the scene.

WAFB-TV reports the sheriff’s office said that although the child told investigators that he accidentally shot the woman while playing with a firearm, evidence has led investigators to believe the child intentionally shot her in the back of the head while she was watching television.

The community is said to be in shock over the incident.

“Where did she have the gun?” neighbor Johnnie Scott asked. “Where did he see the gun, was it in his eyesight? That’s the thought that goes through my head,” Scott told Fox8live.com.

The child was released to his parents Thursday night.

Louisiana law prohibits authorities from charging the child with a crime because of his age, the sheriff’s office said. The law states: “Those who have not reached the age of 10 years are exempt from criminal responsibility. However, nothing in this article shall affect the jurisdiction of juvenile courts as established by the constitution and statutes of this state.”

The investigation into the shooting is ongoing.