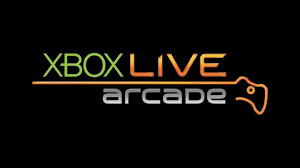 UPDATE: Microsoft’s Marc Whitten confirmed the self-publishing part of the below report in the following statement provided to Engadget:

“Our vision is that every person can be a creator. That every Xbox One can be used for development. That every game and experience can take advantage of all of the features of Xbox One and Xbox Live. This means self-publishing. This means Kinect, the cloud, achievements. This means great discoverability on Xbox Live. We’ll have more details on the program and the timeline at gamescom in August.”

Since the launch of Xbox Live Arcade, Microsoft has required independent game developers to have an established publisher behind them in order to get distribution on the digital delivery service. Now, it seems Microsoft may be poised to change (yet another) controversial policy while streamlining the approval process for getting games onto its digital distribution service at the same time.

Game Informer reports that “sources” are saying Microsoft will soon announce that independent studios can release downloadable games directly on their systems without a publishing partner behind them. Indie self-publishers will reportedly be able to set their own release dates and pricing, loosening sometimes stifling XBLA timing requirements currently imposed by Microsoft. The tale of Super Meat Boy is one high-profile example of this. And the team behind Pid went as far as renting an XBLA slot from a publisher.

The move comes after some high-profile grousing from a number of indie developers about the hurdles they face in publishing on the Xbox 360. Oddworld Inhabitants’ Lorne Lanning went so far as to tell Eurogamer that Microsoft has made it “very clear they’re not interested” in games from the “little guy.” The decision also follows an E3 where Sony devoted much more press conference time (and show floor space) to its substantial indie outreach efforts than Microsoft did.

Microsoft is reportedly set to “drastically overhaul” the process to certify games that go up on Xbox Live, streamlining the approval process to target an iTunes-style 14-day turnaround from submission to release. Rather than going over code with a fine-toothed comb, Microsoft will reportedly look for high-level terms of service violations and massive bugs instead. This should be welcome news to many developers who have described the process of getting their games on Xbox Live as “excruciating.”

Game Informer’s sources suggest that Microsoft will have the ability to turn any Xbox One console into a “debug unit” that can play pre-release code for games still in development through an online authorization system based on console IDs. In addition to making it easier for indie developers to work on Xbox One games, this system could also allow developers to run limited beta tests on specifically authorized consoles. While Game Informer is reporting this information, it notes that it “can’t confirm” the details of the debug unit program.

While Microsoft’s strict certification requirements were always pretty overbearing, they made a bit more sense back in 2004. At that point, Microsoft launched Xbox Live Arcade as a brave new experiment in releasing a significant number of console games over the Internet. These days, when any developer can put a game on a variety of app stores with barely any barriers to entry, such tight, retail-style control over the downloadable game market seems especially antiquated.