If you are in San Diego and were lucky enough to get tickets to Comic-Con then you might have been even luckier to have gotten a chance to see Legendary Pictures show a small trailer for Blizzard’s famous MMO “World of Warcraft” The trailer will supposedly not be released to fans online, although with the way leaks have been going on with this country’s vital top secrets, I would expect (and hope) something will get out by the end of the week.

The trailer shows a human warrior in armor and what appears to be a giant green skinned Orc with a hammer. The two appear to charge at each other as an explosion reveals the text…WARCRAFT.

Originally, director Sam Raimi was connected to the project but left to film “OZ the Great and Powerful” due to rumors suggesting he and Blizzard were not seeing eye to eye and Raimi saying Blizzard “mismanaged” the film.

The movie will start filming in early 2014 and is expected to have a budget of over $100 milion dollars, hopefully seeing a release date for 2016. 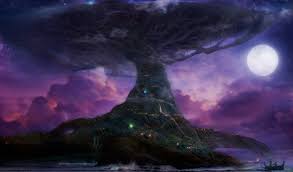 Is this relevant anymore to you? Are you excited? How many of you still play WOW?

Let us know below.